extensions:approval_extended_1_2
Translations of this page: 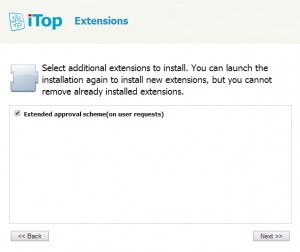 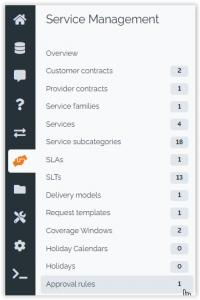 The fields “Approval level1” and “Approval level2” define, via an OQL query, the list of approvers for each approval level. These queries must return elements having an email attribute (e.g. Person or Team). It is possible to use the place holders :this->attribute that make reference to the attributes of the user request.

For instance :this->caller_id for the caller, :this->service_id for the service … All attributes defined in the data model for a service request can be used. 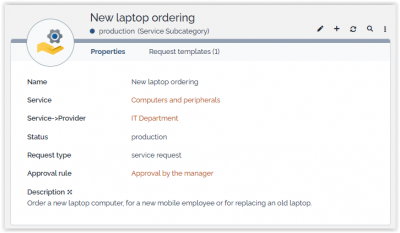